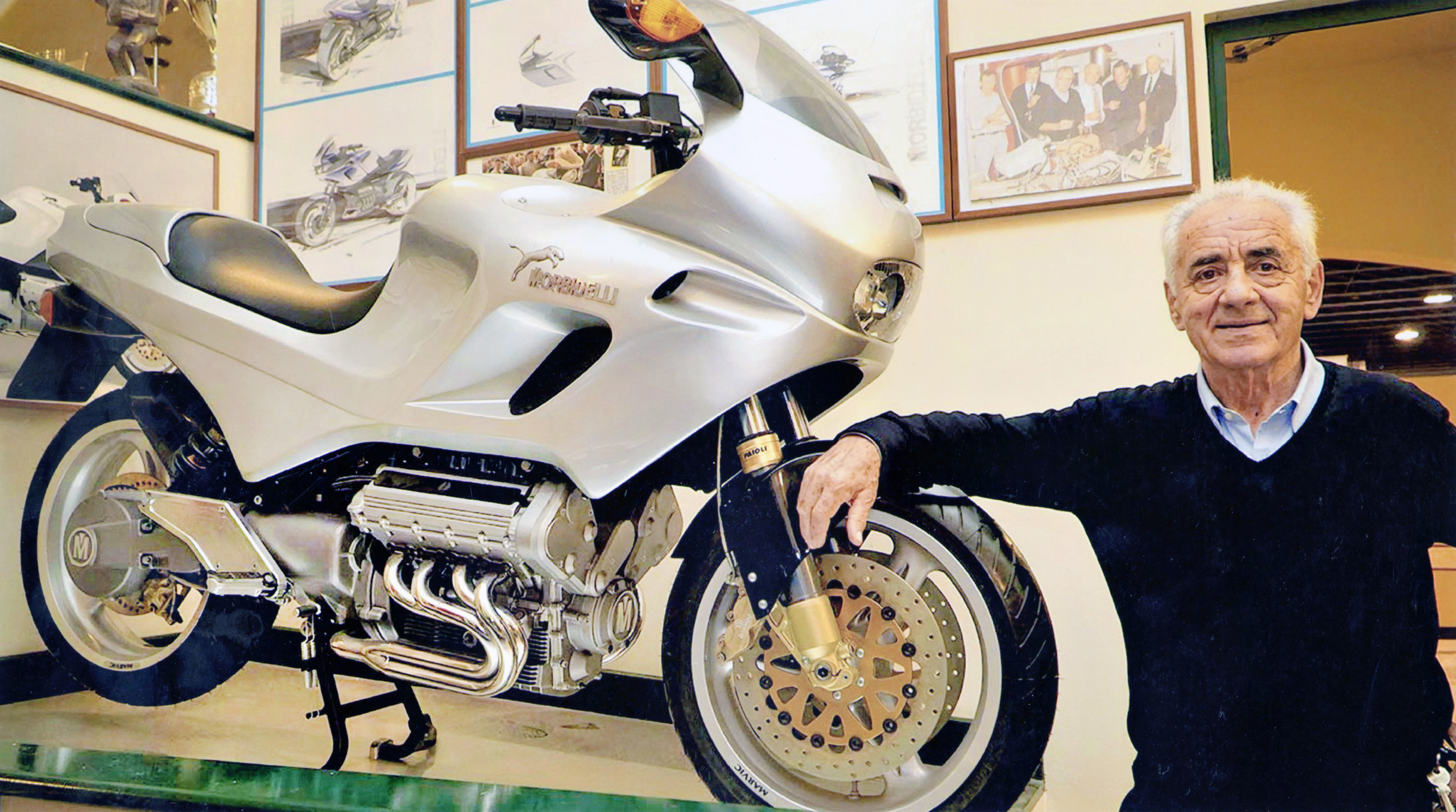 “He spent day and night in the museum. He had no other life!” –

A world-class selection of 200 post-war road and racing motorcycles from the celebrated Morbidelli Motorcycle Museum in Pesaro, Italy will be the centrepiece of Bonhams’ Spring Stafford Sale, 25-26 April 2020 – the most significant private collection of motorcycles to be offered by the auction house to date.

This important collection was built up and curated by the late Giancarlo Morbidelli, the museum’s founder, motorcycle manufacturer and Grand Prix boss, over a period of 40 years, and represents the best of Italy, with an emphasis on Italian marques, including Benelli and Ducati.

They represent the passion of the farmer’s son and former woodworking machinist who, while building up a successful engineering firm as his day job, spent his spare time tuning, racing and later building his own motorcycles. 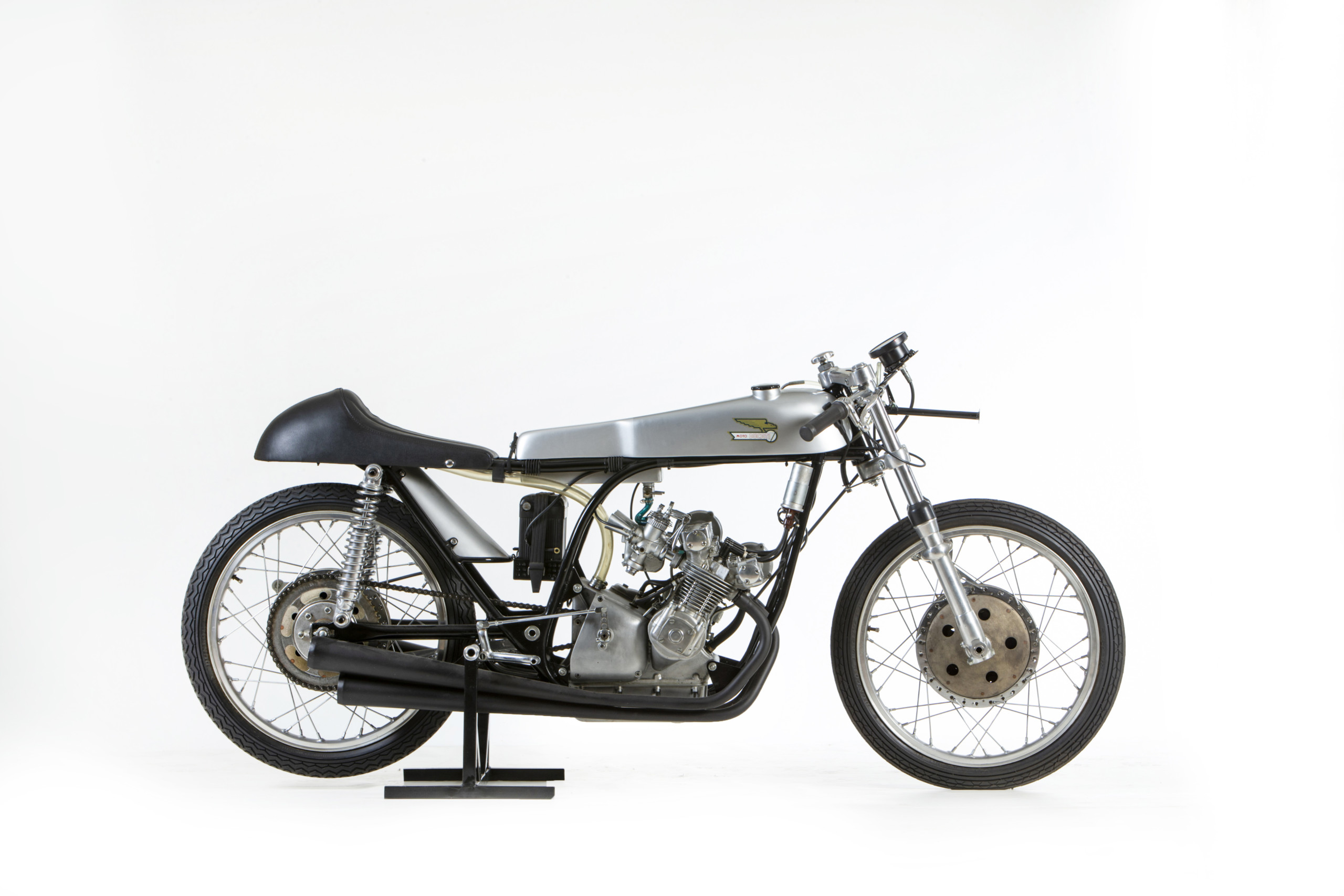 In pole position as the top lot is a 1964 Ducati 125cc 4-cylinder Grand Prix racing motorcycle, (estimate £400,000 – 600,000), a ‘mythical’ racing machine created by the firm’s chief engineer, Fabio Taglioni. This motorcycle disappeared for some years before its engine was found in Russia while its chassis reappeared in Yugoslavia, now Croatia. With the two essential components reunited, Giancarlo rebuilt the fabled motorcycle.

As Gianni Morbidelli, Giancarlo’s son and motor racing driver, said of his father: “He was a genius with bikes. He did everything by himself, working in a very small room.”

In addition, on the Morbidelli ‘grid’ at Stafford will be a strong showing of Benelli motorcycles which were a great passion of Giancarlo, who hailed from Pesaro, where this great historic brand was also founded. 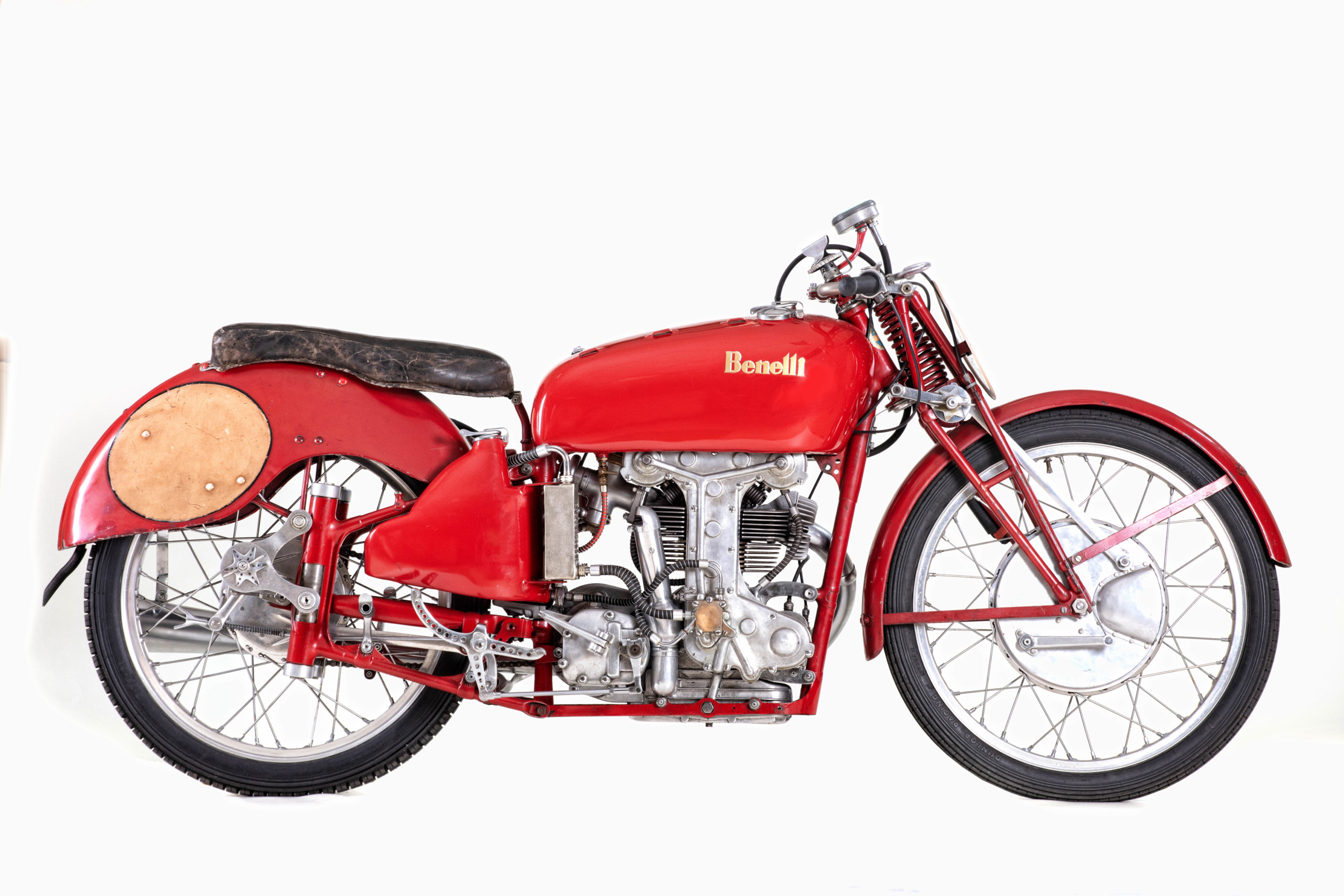 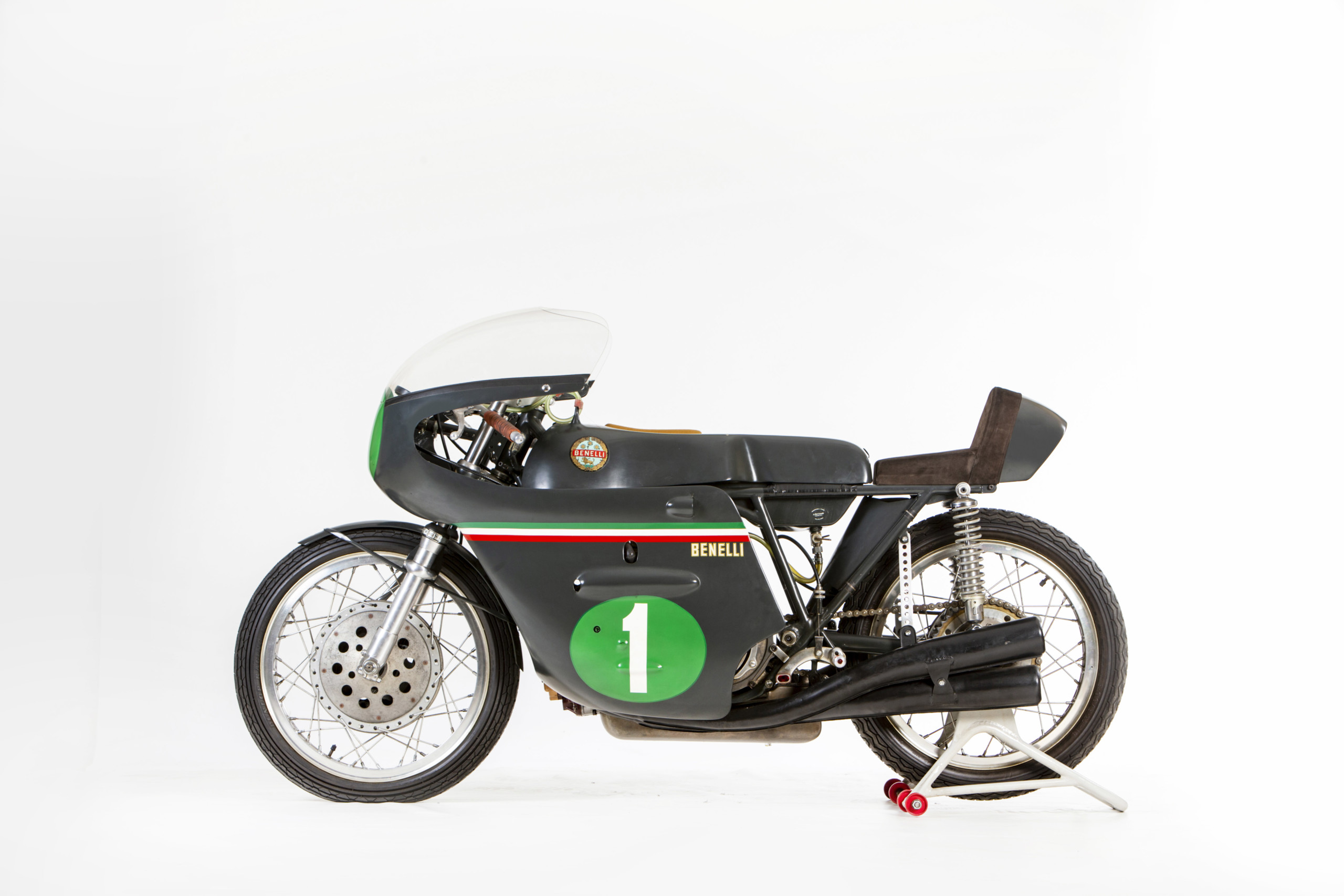 Other important Italian machines to be offered include: 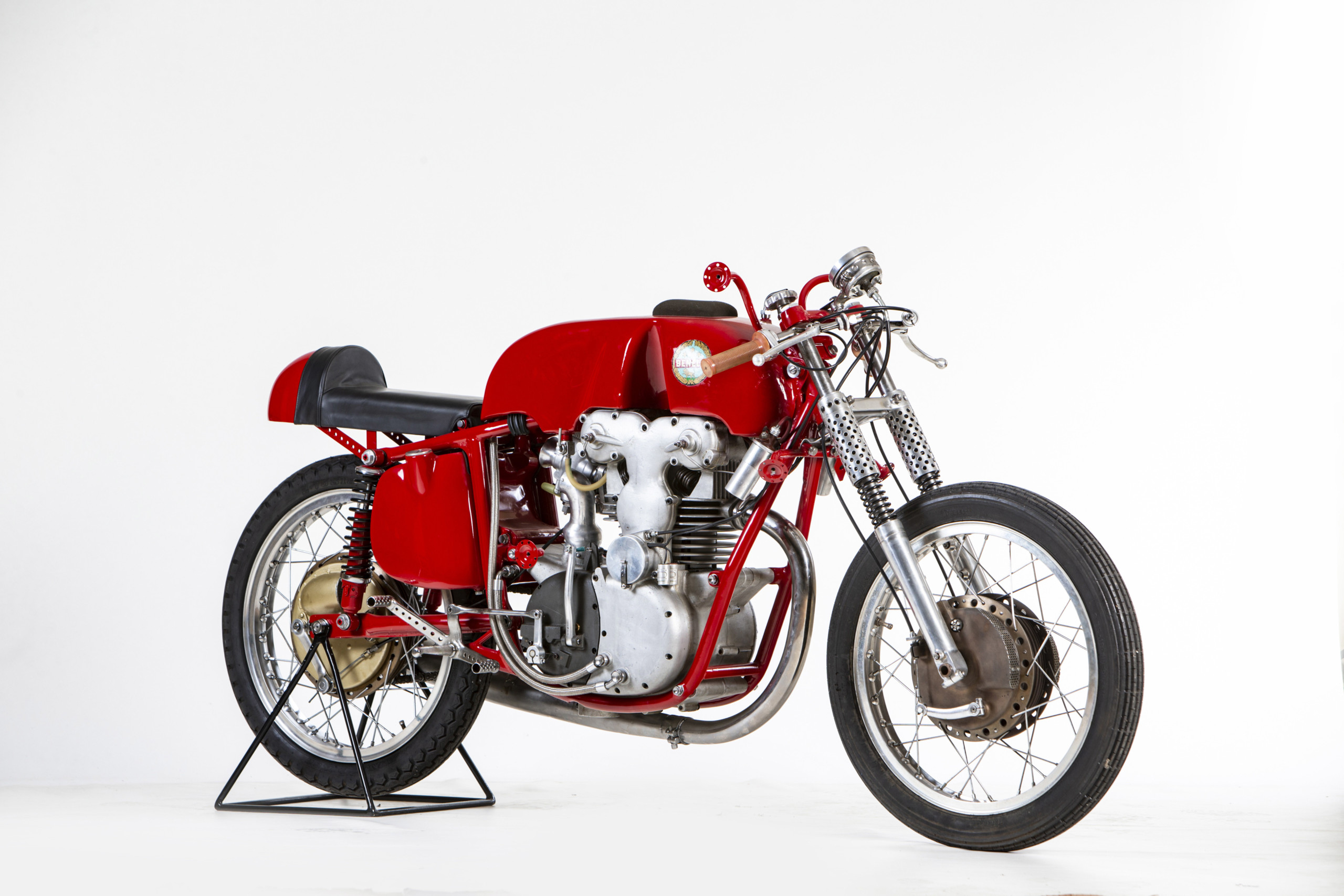 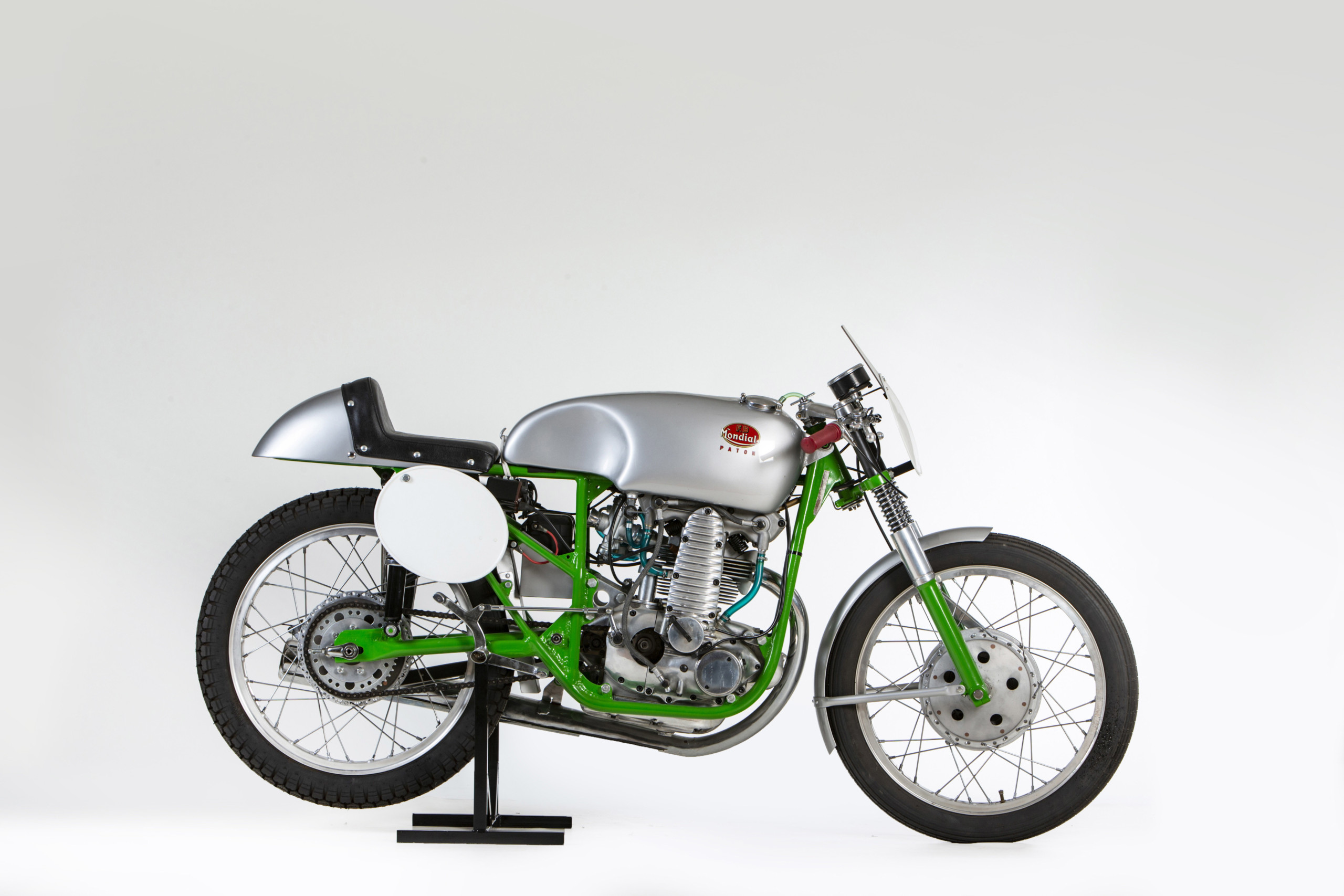 1959 Mondial Paton 250 Gran Premio, estimate £30,000 – 40,000. Built by Giuseppe Pattoni, who produced a series of ‘over the counter’ machines with Mondial engines before setting up his own eponymous manufacturer.

As well as Italian marques the collection also comprises international brands such as Harley Davidson, Honda and Matchless, the machines range from immaculate restorations to prototypes and barn finds, as well as several unfinished projects in the sale, offering the opportunity to restore these machines as Giancarlo had hoped to.

Motorcycling memorabilia also features, including Giancarlo’s own reference library, drawings, trophies, signage and other artefects, giving a complete picture of the museum and the motorcycling world.

The Morbidelli family will retain ownership of the majority of the Morbidelli Grand Prix motorcycles, including the world championship winning ‘giant killer’ 125cc and 250cc examples, raced respectively by Paoli Pileri, Pierpaolo Bianchi and Lego Mario, which saw off competition from international corporations.

“We are very proud to have been entrusted with the sale of this stunning collection, carefully put together over 40 years by Giancarlo Morbidelli, which is a fitting tribute to this master of the motorcycling world.

“Giancarlo’s passion for machines is evident in his Grand Prix involvement. His restorations were exceptional, he was a stickler for detail, and a man of invention. This is very clear when looking at the collection.

“With the majority of this collection being offered at ‘No reserve’, this will be a unique opportunity for motorcycle collectors and enthusiasts from across the globe to bid for some truly special lots and indeed, a piece of history.

“We expect international interest from collectors and enthusiasts who will give the motorcycles a new lease of life in other collections and homes around the world.”

All visitor tickets will be refunded. For ticket enquiries please contact our Customer Services team on 01507 529529 or email help@classicmagazines.co.uk